Parmarbrook were appointed by Land Securities to explore redevelopment opportunities of 105 Sumner Street and 133 Park Street.

The form and massing of this work space scheme are a series of stepped volumes, improving the public space through and around the site, and reducing the scale of the buildings around the perimeter.

Reminiscent of the site’s former bronze factory, the façade is wrapped in an elegant ribbing of bronze anodised aluminium vertical fins.

Planning was approved in March 2017. 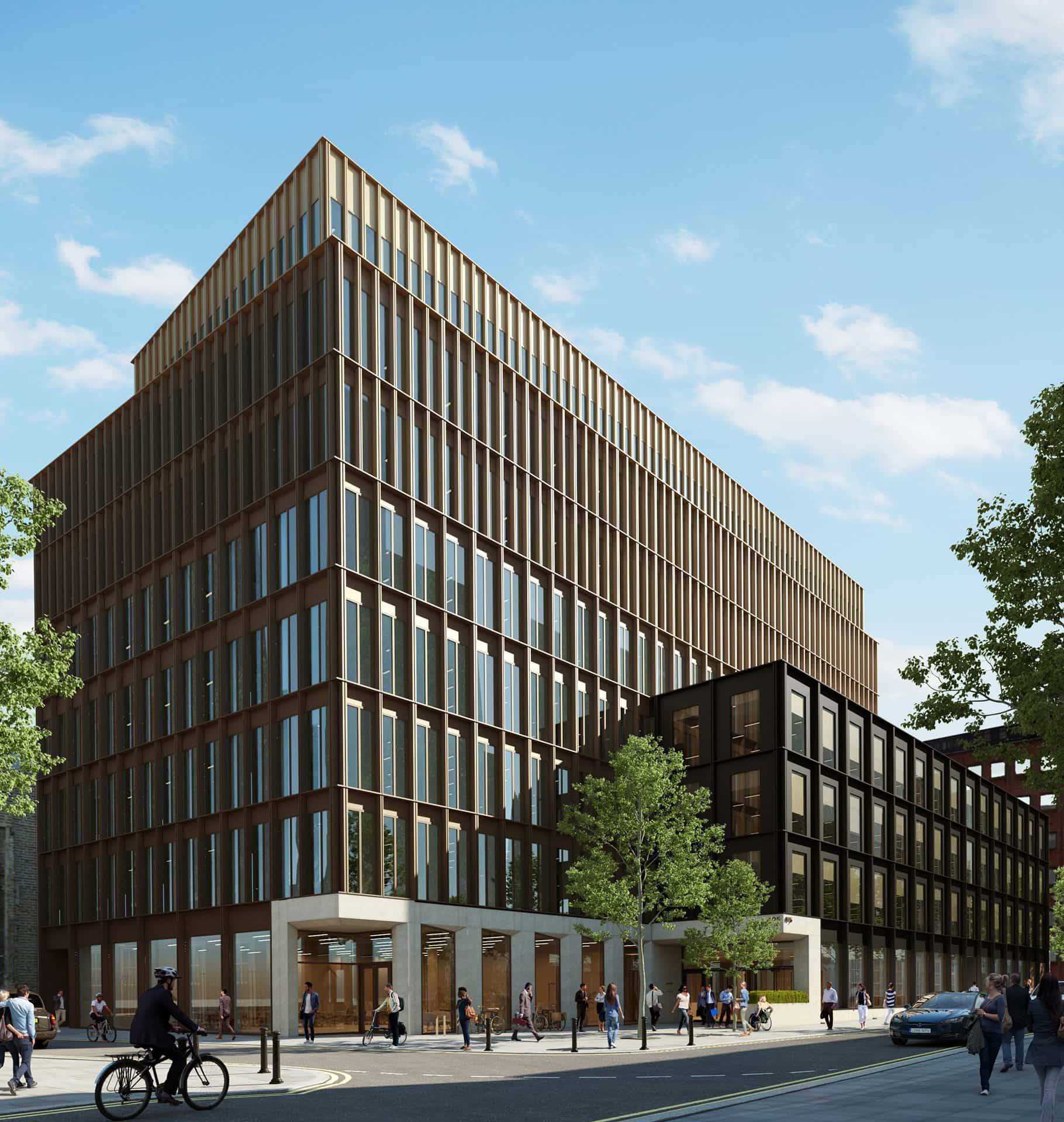 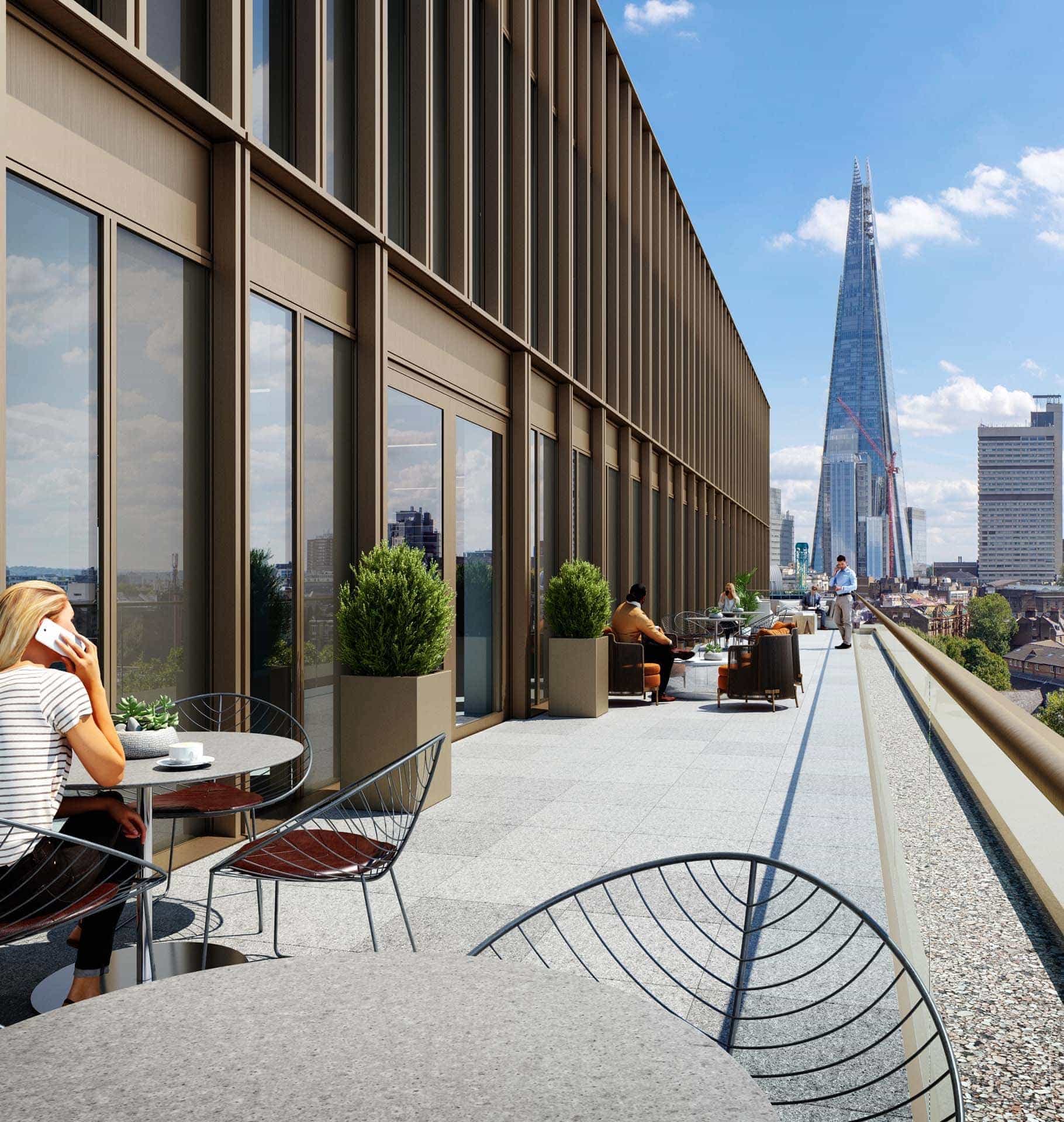 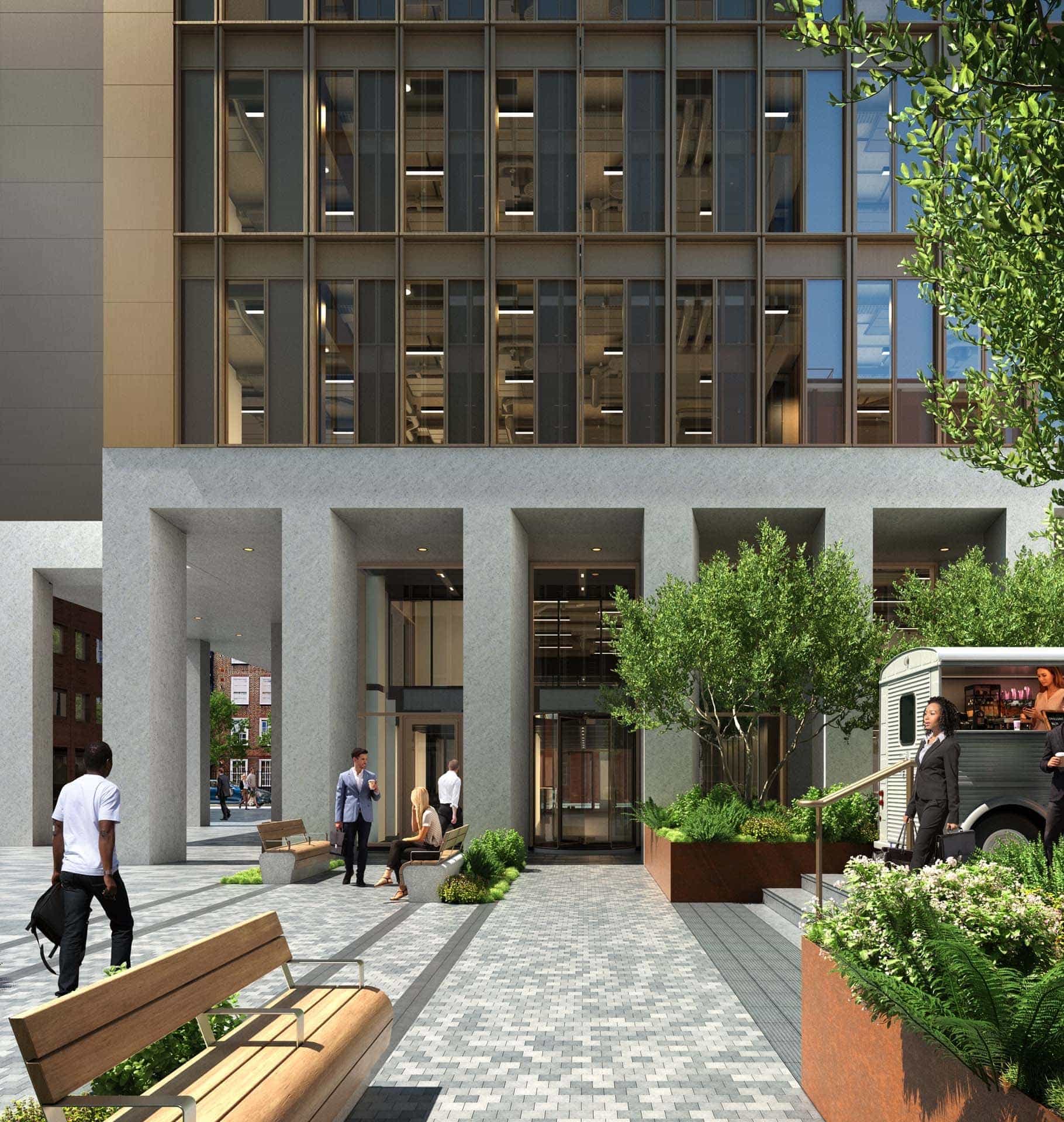 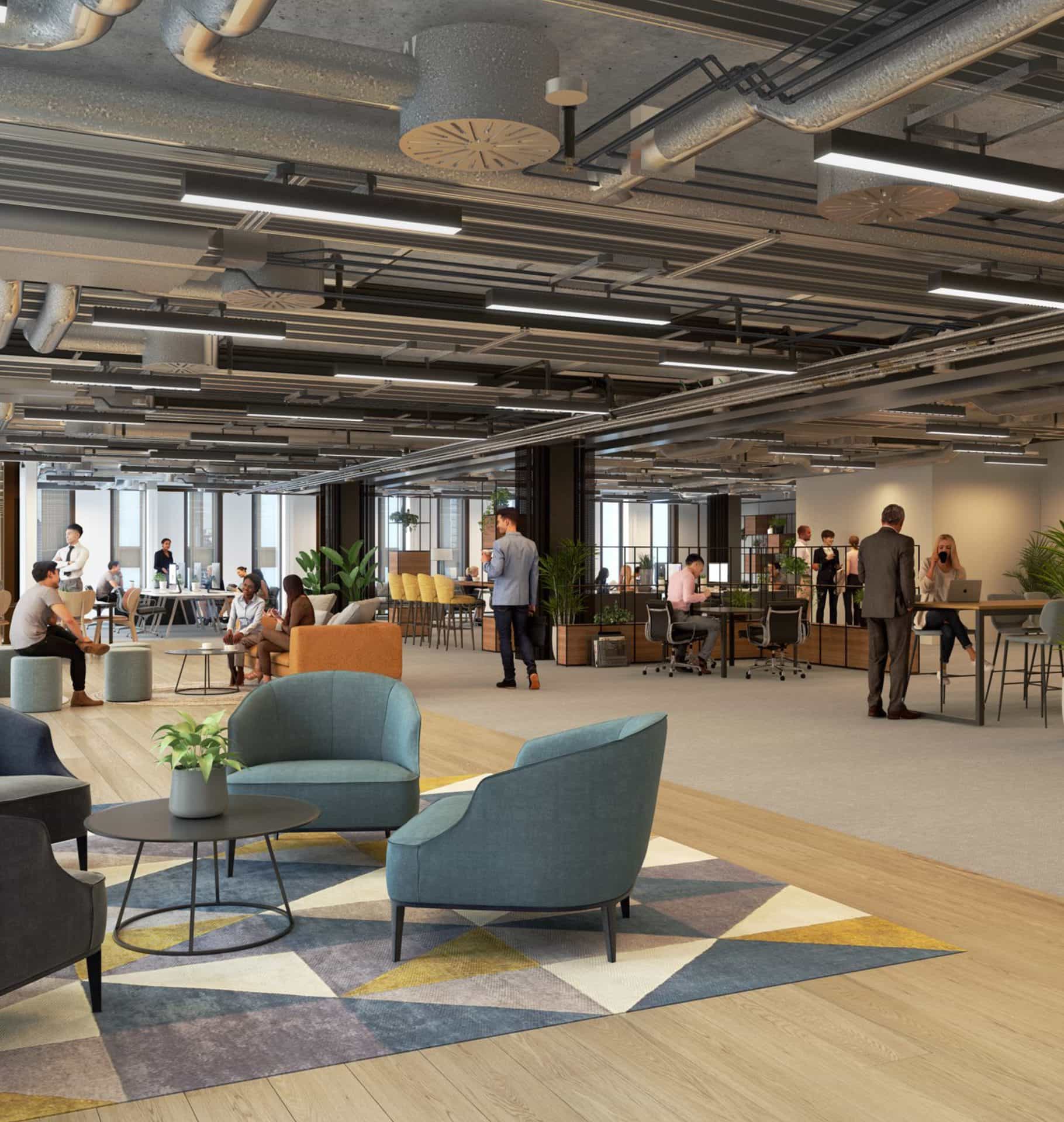 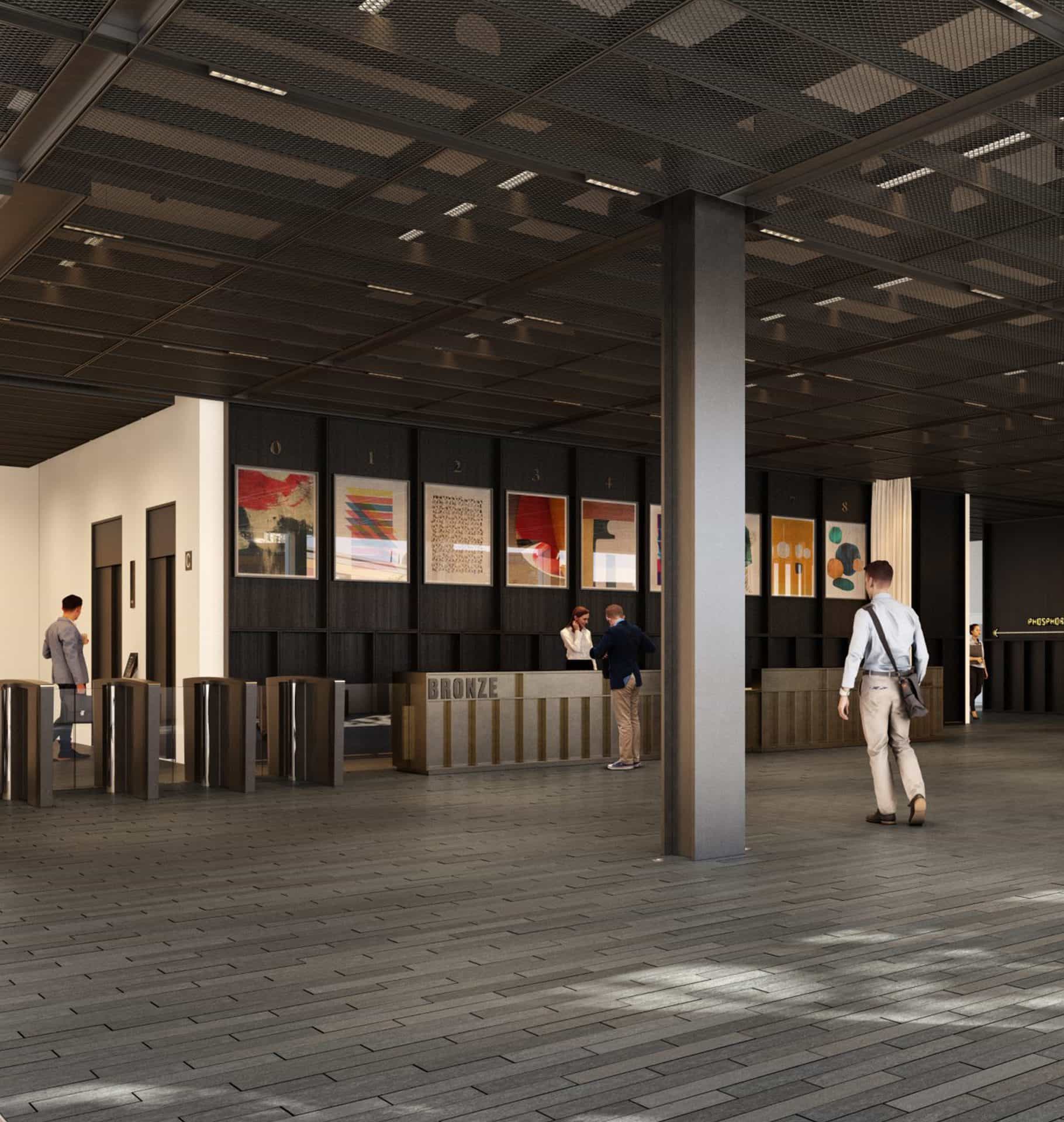